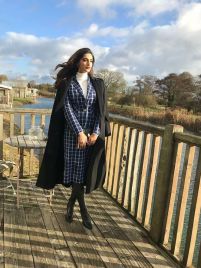 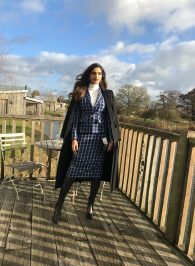 This bollywood star has style her self in indo western wear this time. 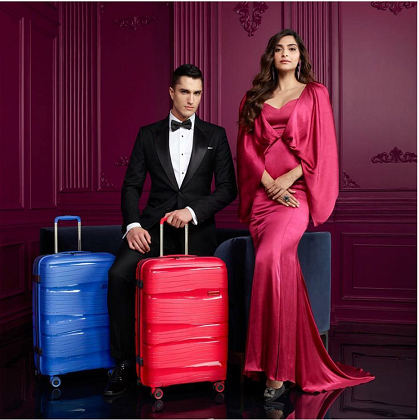 B-town actress Sonam Kapoor is known for her amazing fashion sense! We all know that whether it is casual wear, traditional wear, indo-western wear, western wear, indian wear she always loots attention of media and fans!

Recently she had been to a product launch event of Traworld Lagguage. Where she was spotted in pink coloured floor length gown which has balloon sleeves. This western outfit was made from silk fabric and sonam kapoor was looking stunning in it.

Bollywood is dressing up for Halloween with actors such as Sonam Kapoor, Diana Penty , kanchi kaul and others sharing pictures of themselves in costume.

Sonam Kapoor who is famous for her best choices when it comes to chose fashion apparels, has dressed herself as Wednesday Addams from The Addams Family. Where she wore full length sleeve top made from net fabric of black colour with black coloured skirt at the bottom.

Kanchi Kaul has dressed her self in western short dress, made from georgette black coloured fabric. Gown has cap styled sleeves made from same fabric. 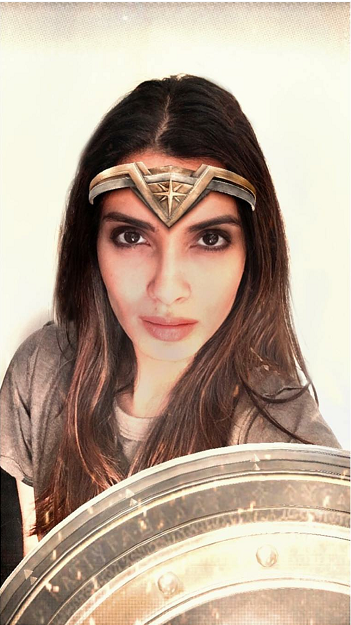 Diana Penty dressed up as her namesake, Princess of Themyscira, Diana, who is the DC Universe’s female superhero, Wonder Woman. 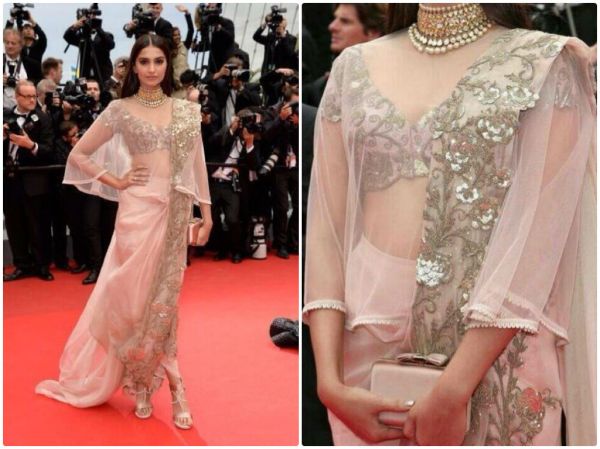 Bollywood’s Fashionista Sonam Kapoor leaves her mark in fashion with her experimenting look in Semi-Desi outfit, However we give it Perfect 10 look as it needs lot of guts to try something new when it comes to fashion on International Level.

Sonam Draped her sari’s pallu like a cape which showed off her heavily embroidered short blouse. She kept her hair open and we spotted no earings but a heavvy necklace to complete the look.

She kept her hair open and finished off look with jewellery by mom Sunita Kapoor, Jimmy Choo shoes and ferragamo clutch was completely stunning for Sonam Kapoors perfect look for Cannes 2014.

Sonam Kapoor known as a fashionista; she has been getting various accolades for her unique sense of style rather than her films and that exhibited very well on the eve of Raanjhnaa promotion in various cities of India.

In due course, she spotted with ethnic wears all along the promotion tour.

However, Shehla Khan is her favourite designer for ethnic dresses, but she also gives room to the other designers like in Ahmedabad she wore a stunning looking lehenga designed by Gaurang Shah, which was styled like a sharara.

In Ahmedabad, she wore a gorgeous beige ghagra with long kurta and fuchsia duptta

This lace outfit was eye grabbing as it designed by Shehla Khan. Its heavy embellishments with resham white stitches grabbing lots of eyes.

Sonam Kapoor in a red and orange Kanjeevaram saree

Sonam Kapoor in a lime green and a peach saree

Sonam Kapoor in white and gold Anarkali with Churidar. Scattered but even embellishments looks decent and cool while lace border is complimenting with outlook of the drape.